Why choose Angular as a starting language to learn frontend web development?

At the start of a career in software development, one should choose an interesting language to start so that one can boost the excitement and the energy to initiate the learning. Without judging the language that is either hard to learn or easy to implement, one should go for ‘How to gain more knowledge to masterate any language’ because no language is hard to learn or easy to implement.

Angular has grown in popularity and demand in the IT industry over the last several years. Angular is a tempting alternative for creating mobile and online apps since it is an open-source framework with powerful JavaScript support. Google supports Angular and has a solid code base. Google is also responsible for its development and upkeep. One of the reasons why Angular is popular among developers over other JavaScript frameworks is its relationship with Google and consistent support.
Companies should use Angular in their projects because not only is it the best implementation for web applications, it helps developers write readable, maintainable, and easy-to-use code.

Looking at its high attractive movement in this stage of technological advancement, we have listed some reasons why you should choose Angular: 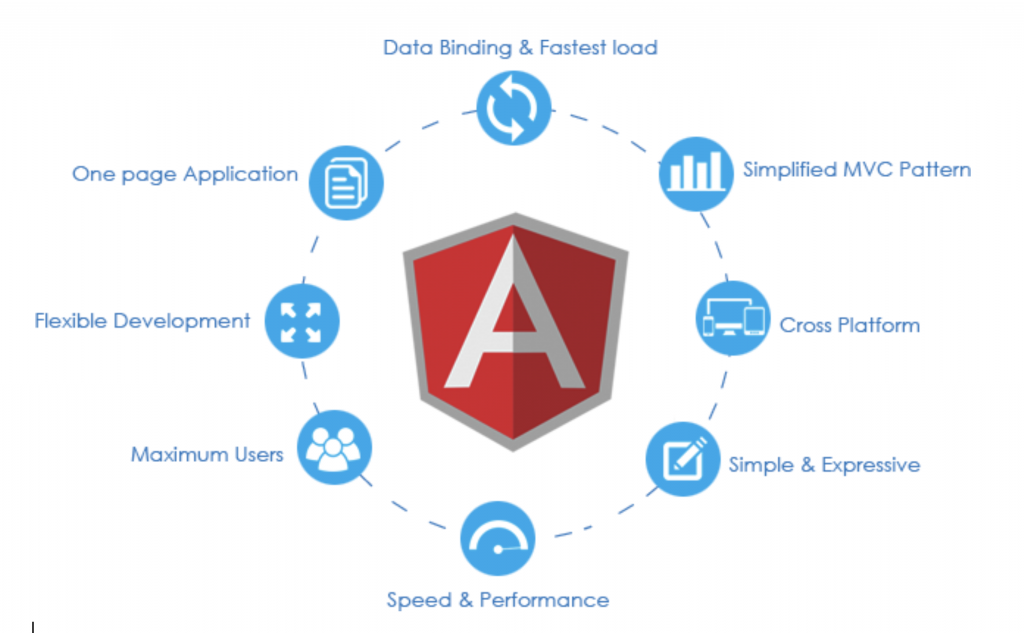 Angular needs limelight as “angular” and “react”, although both frameworks use component-based architecture and have many differences and similarities, it is difficult to grasp their popularity from Google Trends. Though, GitHub repositories show a good presentation for their popularity in the terms of stars. In 2016, the number of stars for “Vue,” which is built on a Virtual DOM-based framework, rose exponentially, and it is now up there with React among the most popular frameworks. 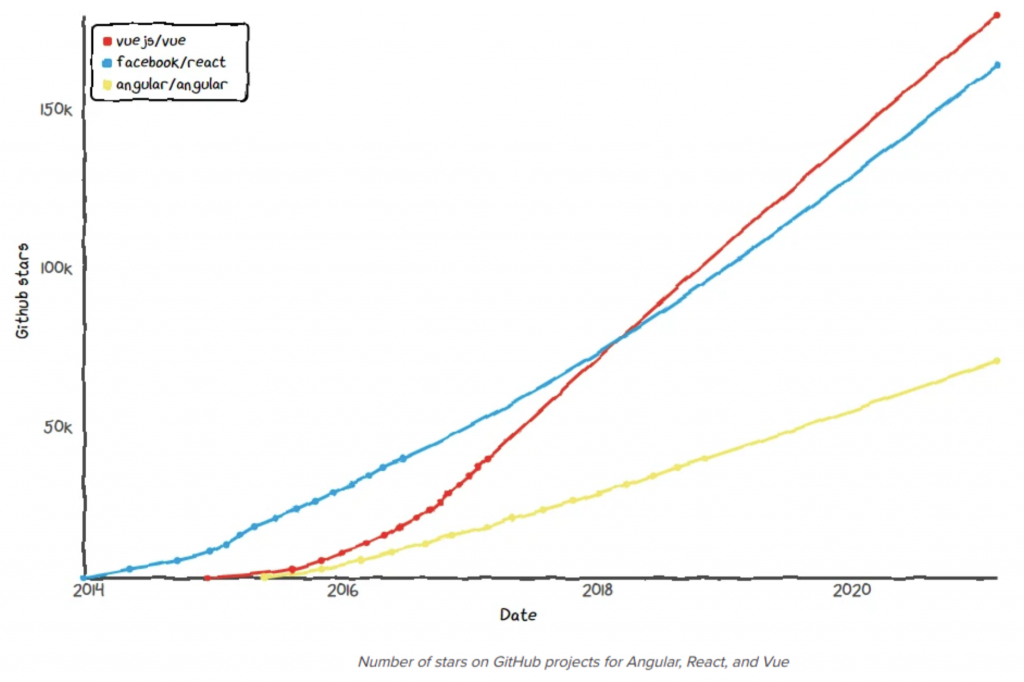 However, as observed in late-2018 trends, the number of positions requiring an Angular or React skillset is around the same, although Vue was still only a fraction of this amount (about 20 percent).

Angular has a steep learning curve, considering it is a comprehensive solution, and mastering Angular requires you to learn associated concepts like TypeScript.

React provides detailed and comprehensive documentation. But it isn’t a complete framework and advanced features require the use of third-party libraries. As a result, the fundamental framework’s learning curve isn’t as steep, but it is dependent on the path you follow with added features. However, just because you know how to utilize React doesn’t mean you’re following best practices.

Vue is more customizable than Angular or React, making it easier to learn. From any of them, switching to Vue is a simple process. But Vue’s simplicity and versatility, have a downside – it allows bad code, makes it harder to debug and test.

Now let’s see the comparison between Angular, React, and Vue features to have more clarity.

The issue of why Angular is adapted for web and mobile app development should no longer be unanswerable. Angular has attracted a lot of attention, thanks to its high-quality and diverse environment, and it is expected to continue to be popular in the next few years. Because of its ability to provide quicker and smaller applications, the present version of Angular 10 has been confirming its inexhaustible demand among companies and developers. With the introduction of the latest versions of Angular, the framework’s functionality has increased, raising expectations. Although learning Angular takes time, the investment pays off in terms of knowing how the front end works.

Bhavya is the AVP of Application Engineering at Goals101. Bhavya is an innovative software developer who manages all aspects of the development process from small to large-sized modules. She has been developing several of Alpha’s key modules. Bhavya spends most of her leisure exploring new things and places as she loves traveling.